The Ripple Data Engineering team is expanding, which means higher frequency changes to our data pipeline source code. This means we need to build better, more configurable and more collaborative tooling that prevents code collisions and enforces software engineering best practices. To ensure the quality of incoming features, the team sought to create a pipeline that automatically validated those features, build them to verify their interoperability with existing features and GitLab,  and alert the respective owners of any failures in the pipeline. These are pretty standard DevOps requirements, and to achieve them, our team implemented a Continuous Integration Continuous Deployment (CI/CD) approach for our data applications in Google Cloud Platform (GCP).

For our data applications, we use:

This post breaks down our initial, modest solution for building a CI/CD deployment pipeline that leverages Cloud Composer Airflow and GitLab.

Pipelines are a structured topographical way to configure continuous integration, delivery, and deployment in GitLab. You use a .gitlab-ci.yml file in a repo to define the CI/CD settings to invoke based on the triggers you define. For example, you could set up your repo to be triggered by incoming changes to your branch source code, which is what we wanted to do for our code pipeline.

When setting up CI/CD and Cloud Composer, many teams have leveraged Google Cloud Build (Option 1), Google’s native CI/CD platform that can authenticate and target cloud resources while performing deep security scans and package source artifacts. But, at the time of writing, GCP Build does not support GitLab or generic git repositories and solely integrates with Cloud Service Repositories and GitHub. We use GitLab, so we had to create a GitLab Python Runner (Option 2).

To set up a GitLab Python Runner as we did in Option 2, add a simple .gilab-ci.yml to your repo similar to the following example.

Here's an explanation of the keys and values used in the example:

After you add the .gitlab-ci.yml file and push it to your repo, you will see the pipeline icon initiate with the contents of your config YAML file.

To enforce best practices and check for any idiosyncratic syntax errors, we use styling and linting jobs in our pipeline. Our team configured a pre-commit hook framework to automatically identify syntax and style issues in our code on every commit, such as missing semicolons, trailing whitespace, and improperly named variables on every commit. By catching these issues out before code review, peers can focus on the workflow logic and architecture being changed within the DAG rather than waste time with trivial style nitpicks.

To configure a git-hook in a hooks directory to trigger the pre-commit actions that will be invoked upon a git commit:

In this  example YAML file, all local git commits are verified through a pipeline of scripts that format and test for linting. The linting and styling checks that this file defines include:

Add .flake8 and the .isort.cfg files to your repo so that you can adjust those linters to meet your needs. For more information about how to adjust the settings for the linters, see flake8-docs and isort-docs.

An Airflow DAG is structural task code but that doesn't mean it's any different than other Python scripts. This means we can check if the script is compilable, verify targeted dependencies are installed, and ensure variables are correctly declared. We want to “fail fast” to minimize the  duration of a commit job from a feature branch. This build validation and DAG cross-check can be separated into three primary task servicabilities:

Here, we updated the script so that the image we use installs all the correct python dependencies listed in our requirements.txt file. For example, our pipelines depend on  apache-airflow[gcp], PyYAML, and zipp. Then we simply iterate through our repo and run a Python {DAG_NAME}.py on our dags/ directory to ensure the DAG compiles with the installed Python interpreter version. If all dependencies are installed and the DAG is correctly configured, we should see no failures.

Our smoke tests verify that:

In this example, we added a QA Validation stage to our GitLab pipeline runner. Here's what that the runner does:

Testing is underdeveloped in the data analytics world. A lot of big data warehousing projects have virtually no testing. Although SQL is a declarative language and is thus less error-prone, you can still make mistakes. The lack of automated testing is a big pain and continues to be explored.

In our project, we use unit tests—individual checks for each respective DAG in your source repository that tests task logic, functionality, and asserts expected task values. This is a very well-documented area for Python but a newly explored space for Airflow. How do you correctly mock and assert Airflow operator communications and values without invoking the Operator API? This post doesn't cover this problem but here are a few great resources of other developers beginning to spearhead this effort in Airflow:

Now that we have a build and code validation stages, we can deploy our code to staging environments for additional testing. To do this, we need to store GCP access tokens in GitLab to allow our runner to deploy our DAGs to GCS buckets in targeted environments. Additionally, when we deploy code to Cloud Composer, our runner will need permissions to modify the composer environment and write to the composer bucket. We use Terraform to manage our infrastructure in GCP.

First, we’ll add a service account with the appropriate permissions in the Terraform repo that maintains our Cloud Composer environments.

Here is an example of adding a new service account resource to our dev composer project with the appropriate permissions to modify the composer environment and storage.

We assign the composer.environmentAndStorageObjectAdmin role to the newly created service account for each composer environment.

Next, we add an instance of a gitlab_project_variable that outputs the JSON key of the serviceAccount to a GitLab project variable to be used in our pipeline runner.

Here's an explanation of the fields in the code example:

Once the new changes to terraform infrastructure are  defined, add your variable as a reference in your pipeline YAML file to be used by gsutil in your script.

Here we add  gcloud_stage_init which configures the GCP CLI to run our gsutil and gcloud composer environments commands to update cloud composer and write our DAGs to the composer bucket.

You will need to repeat the steps mentioned in the Authentication and Access section and create access keys for each environment in your data project.

In the sample script above, we created a stage called DAG Deployment, which runs only when a commit is pushed to a merge request and is manually invoked by a user.

The manual delivery setting is a deployment measure to ensure there is a human-in-loop prior to deploying to a targeted stage to assure quality. (If you want to to automatically invoke this step in your pipeline, you can omit when: manual in the code.)

To synchronize contents of our GitLab repo to the buckets/directories, we run gsutil -m rsync.

To update the environment variables that the DAGs use in Airflow, we run gcloud composer environments update:

Our team wanted to receive notifications to alert us when CI/CD pipeline failures occurred. The mechanism that allows us to do this is alerting. The pipeline can send notifications to the team via their preferred communication channel, which, in our case, was Slack.

In our environment, alerting is configured at 3 levels:

Before configuring any of these alerting settings, you may need to get a web hook to authenticate against your organization's Slack to write messages to a targeted channel. Contact your IT administrator for more information.

GCP Alerting for resources are provided through Alerting Policies and can be configured in the Monitoring console. In this example, we set an alerting policy on our production environment's Cloud Composer health status. The condition we use in this policy monitors an Airflow webserver metric whose value is 0 when the composer health has failed.

To configure alerting in GitLab:

When a Composer job fails, the failure invokes a notification in Slack. Our repo contains a slack module that is deployed to the DAGs bucket of the composer environment.

To set up this alerting:

For more information on configuring Airflow Slack Alerts, check out this useful article.

As mentioned prior, this is a modest solution at building a CI/CD process that works for our current implementation of data pipelines. What is beneficial to this approach is the flexibility to easily reconfigure components to this process to support our other applications in NodeJS, Java and Golang.

In the future, we want to continue improving this pipeline. Here are a few things that we may tweak:

If you’re interested in working on this type of project or other emerging blockchain and digital asset technologies, we’re hiring! 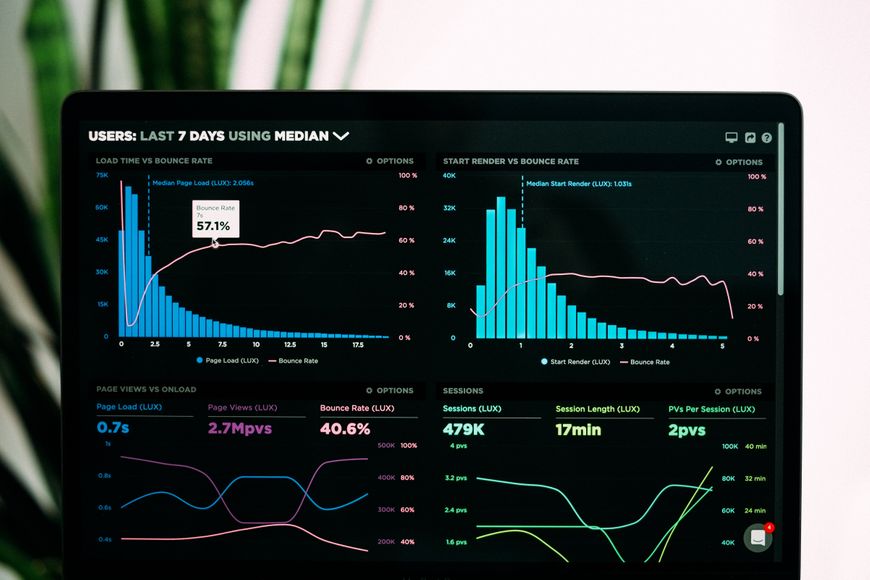 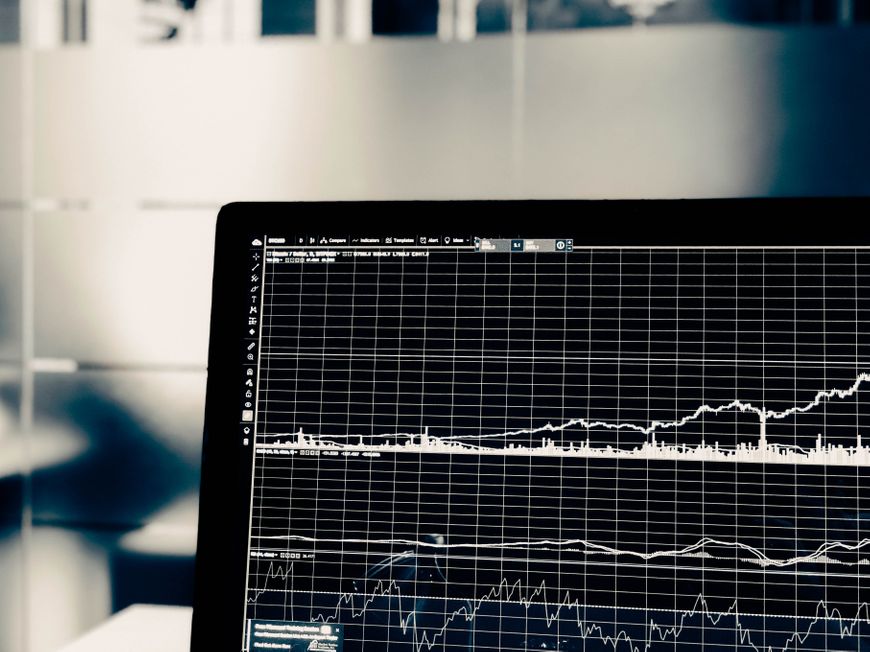 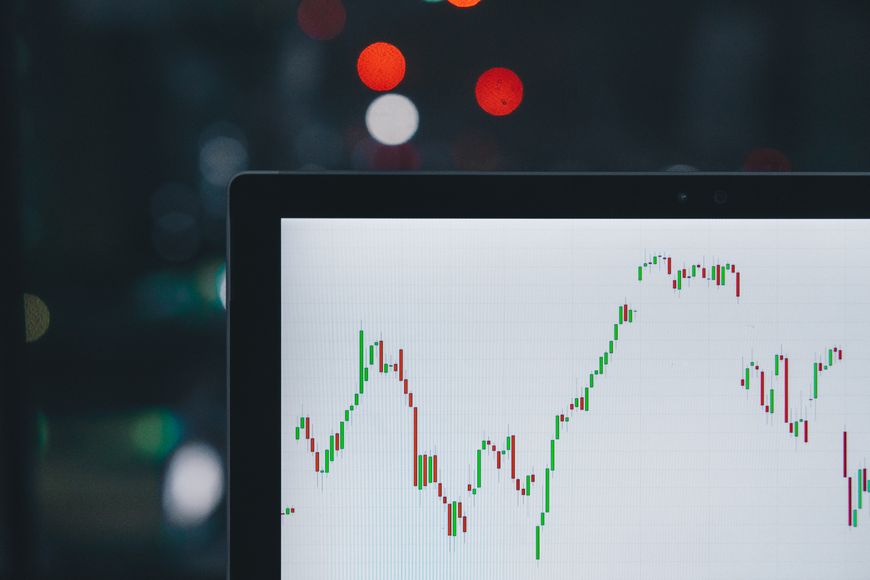 We wanted a way to tease apart these distinct effects, so we decoupled our analysis in terms of dislocation and depth of liquidity at exchanges. In this post, we introduce the dislocation metric. ... Read More